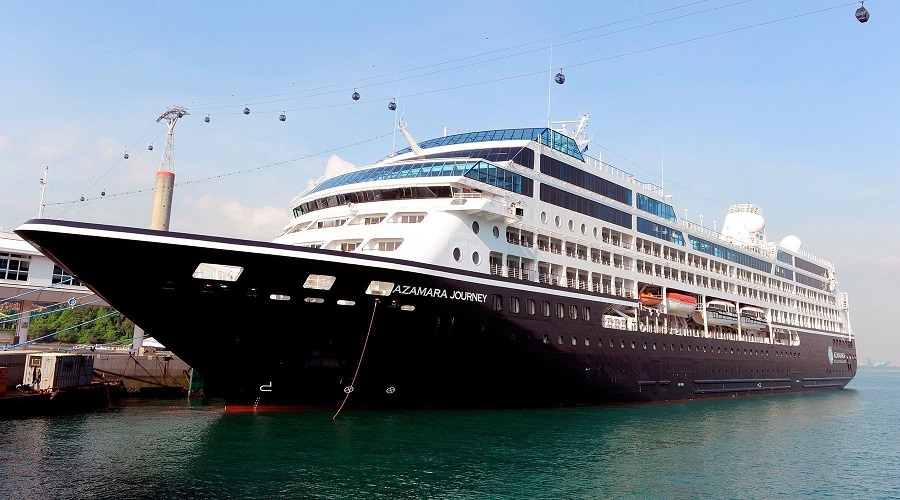 Greece is home to thousands of islands and endless miles of coastline. While it would take a lifetime to visit them all, this immersive voyage takes you to some well-known and well off the beaten path ports in just 12 nights. We start in the place of myths and legends, Athens. Then, take in Mykonos’ sun bleached houses with brilliant blue shutters, vibrant bougainvillea, and 16th century Venetian windmills.

Next we cruise to the city of the Argonauts, Volos-considered one of the country’s prettiest cities and the gateway to the impossibly perched monasteries of Meteora. Thessalokini, the cultural capital of Greece is next, then set your gaze on Kavala, a beautiful whitewashed city crowned by a 15th century Byzantine castle and framed by fantastic beaches.

Continue your experience with a walk in the footsteps of John the Apostle on the holy island of Patmos, then discover the many epic landmarks of Ephesus. In Rhodes you’ll be transported back to the days of the Byzantine Empire as you walk the cobblestoned Street of the Knights. On Crete, modern Agios Nikolaos seamlessly blends the charm of a small fishing village with the glamor of a chic resort town.

Then it’s on to the bustling tavernas and volcanic beaches of Santorini where you can finish your day with a glass of Vinsanto (a sweet, strong dessert wine). Nafplio is one of the country’s most romantic towns on the doorstep of Mycenae and Corinth. A late stay lets you linger a little longer before we conclude back in Athens

ATHENS — Athens provides a good study in how the New South coexists with the Old South. A lively music scene
(supported by students from the University of Georgia) flourishes in the bars, clubs and coffeehouses of the restored
downtown (it brought the world such bands as R.E.M. and the B52s). But you don’t have to look far to find the Old South: It’s apparent in the many Greek Revival homes and buildings that dot the city, the best example being the Taylor-Grady House. The University of Georgia, across the street from downtown, boasts a number of these Greek Revival buildings, including Demosthenian Hall and the president’s house. The university is where you’ll also find the Georgia Museum of Art (a collection heavy in 19th- and 20th-century American and Italian Renaissance paintings). Off campus you’ll find the Church-Waddel-Brumby House, the oldest surviving residence in the city, now serving as the visitors center. Athens is also home to the fragrant State Botanical Gardens of Georgia. Nature trails wind through the gardens of native flora — the rose garden is especially nice (it blooms May-November). Southeast of Athens in Washington is the Robert Toombs House, the restored home of a recalcitrant Southern politician who hated the North for political reasons and hated the Confederacy almost as much for not electing him president. One of the least mellow individuals the smooth-as-silk South has produced, Toombs never gave up his secessionist fervor or his cantankerous manner. 66 mi/106 km east of Atlanta.

Mykonos is the most chic and sophisticated of all the Greek Islands–instantly recognized by its glittering crescent of white-washed houses lining an azure bay. The beaches here are unspoiled and inviting, especially along Plati Tialos Bay. Miniature churches, lazy windmills, and tiny cafes serving up Greek specialties line the streets. Sample the freshest squid or lobster just snatched from the blue Aegean Sea, or shop for typical flokati rugs.

Rhodes (rodz) or Ródhos, island (1981 pop. 40,392), c.540 sq mi (1,400 sq km), Greece, in the Aegean Sea, near Turkey; largest of the Dodecanese island group. Its fertile coastal areas produce wheat, tobacco, cotton, and olives. Tourism and fishing are important. Colonized by Dorians before 1000 B.C., it reached its height as a commercial and cultural center in the 4th-3d cent. B.C. Julius Caesar studied at its renowned school of rhetoric. After its decline, Rhodes was an ally of Rome. Captured (1204) from the Byzantine Empire during the Crusades, it was held by the Knights Hospitalers (1282-1522) and the Ottoman Turks before it was taken by Italy in 1912. In 1947 it was ceded to Greece. The famed Colossus of Rhodes (see under colossus), a statue erected (292-280 B.C.) by the citizens of the ancient capital
city of Rhodes, was destroyed by an earthquake in 224 B.C.

Volos is a modern port, 110 miles northwest of Athens. See the museums and countryside. Mt. Pilion forest is not far off.

Click on the buttons below to request a quote on this deal or contact us directly with further questions or comments.

Request A Quote Send To A Friend Have A Question? Contact Us